The Biggest News You May Have Missed

Among the holiday festivities, it was easy to miss Brazil’s January 1st transition to new President Luiz Inácio Lula da Silva. But this transition is far more relevant – including to philanthropic funders and those outside of Brazil – than most.

The results of Brazil’s tense October 2022 presidential election brought a sigh of relief from civil society leaders who hoped that it offered an opportunity to move in a new and better direction. But the clock is ticking loudly because democracy, human rights and climate are interdependent, with each having a “tipping point” beyond which progress is more challenging and funding less effective. And Brazil plays an outsized role in these issues.

Encouragingly, there are signs of growing awareness that traditional philanthropy will not lead to the progress we need. Funders worldwide are responding to the urgency of our greatest challenges with different strategies – for example, taking systemic approaches to support democracy in the US. By offering both a case study to learn from and a reminder of the critical role of international funding, Brazil offers significant opportunities for greater and more strategic impact.

Brazil’s unique intersection of democracy, human rights and the environment is rooted in the colonial era. Competing 17th-century powers including the Spanish, French, British and Dutch sent expeditions to challenge Portuguese control in the Amazon, accelerating the genocide of Indigenous communities and destruction of the natural environment in the name of power and economic benefit.

Brazil gained independence in the 19th century, and both far-right groups and the military have developed their own narratives of deforestation as essential to national security and progress. The dictatorship of 1964-1985 attacked, among others, Indigenous and Quilombola (Africans who escaped slavery in Brazil) communities who continued to resist and protect their land. The 2014 Truth & Reconciliation Commission documented accounts of torture and other crimes against humanity against these groups. Recently disclosed files have shown that the US and European governments supported the dictatorship, including training in torture techniques. 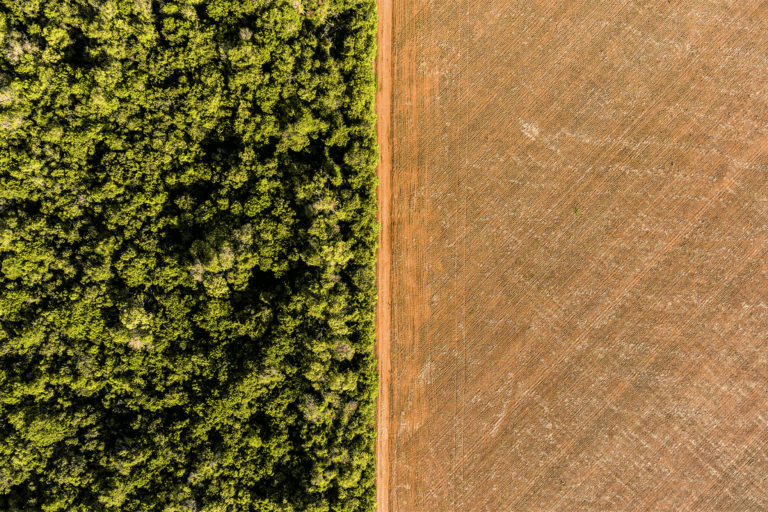 On the 2018 campaign trail, recently defeated former President Jair Bolsonaro celebrated the dictatorship, promised not to “cede an inch of land” to Indigenous groups, and revived the military’s narrative of the importance of the Amazon’s “development.” Far-right empowerment and cuts in government-funded protection led to attacks on human rights defenders and Indigenous leaders, and also rocketed deforestation to levels unseen since the military dictatorship.

When Bolsonaro lost his re-election bid in October 2022, civil society leaders’ relief and hope for a future where the harms of his tenure could be rectified underscored the connections between democracy, human rights, and the environment. And the new administration’s intended policy improvements were swiftly reinforced: in his inauguration speech, Lula committed to eliminating Amazon deforestation and energy-related greenhouse gas emissions, bringing hope for improved conditions where previously there were human rights abuses and climate backsliding.

The paradox of intersectionality is that it can make these multifaceted challenges seem even more enormous and feel scarier than neatly siloed cause areas. But for funders who are bold, ambitious and committed to making a lasting difference, it reveals the opportunity for historic and generational impact – because what happens in Brazil affects the rest of the world.

Brazil holds one third of the world’s remaining tropical rainforest, and the Amazon accounts for a fourth of the carbon dioxide absorbed by all the land on Earth. In 2019, scientists identified Amazon degradation as a crucial tipping point that could “put parts of the Earth’s system into abrupt or irreversible change.” Once tipped, the Amazon could become a savannah within fifty years, and some scientists believe we are five years from that tipping point.

Because Brazil is the only country seen as a leader on the question of climate by the US and Europe, and also fellow BRICS countries including China, Russia and India, as well as countries across Latin America, it has a unique and crucial role in demonstrating that sustainable development is possible. Our global interdependence isn’t restricted to climate; far-right threats to democracy have been highly coordinated across the US and Brazil in particular. Arguably, funders on the far-right have been more strategic, more organised and more ambitious than their progressive counterparts. 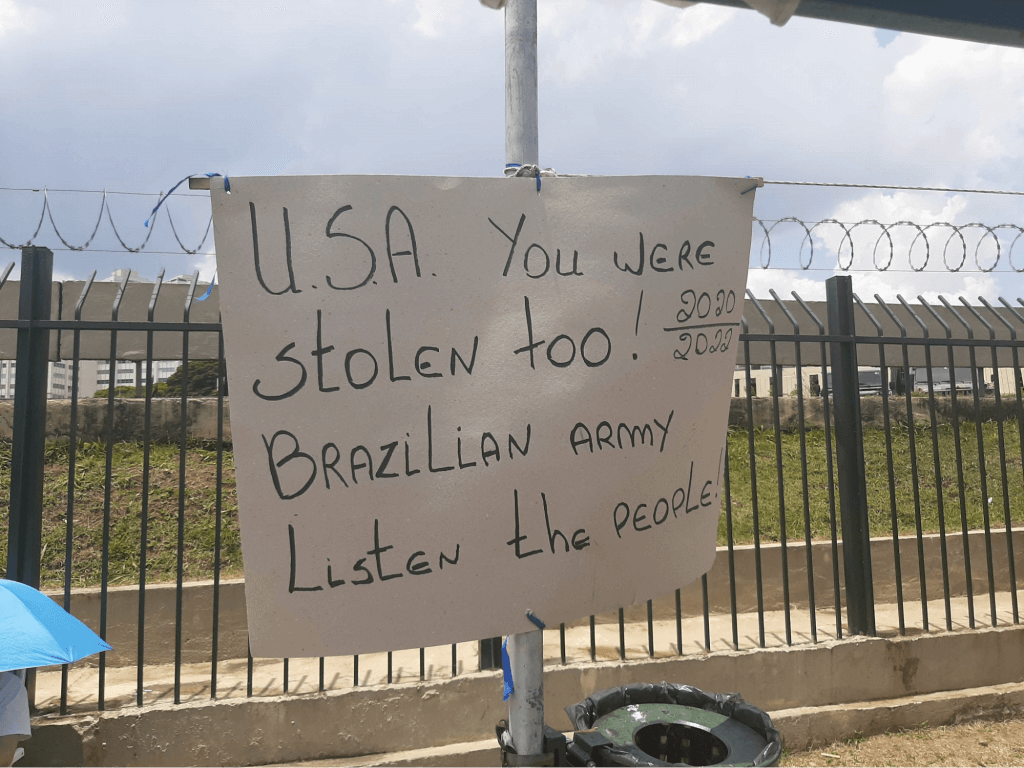 Image: placard from a protest in central São Paulo calling for military intervention after the results of the 2022 Elections. (Source: TPW)

A silver lining of Bolsonaro’s administration was that civil society and philanthropy became more united, more collaborative and more open to tackling social justice. Campaigners in Brazil have identified the government’s failure to recognise Indigenous and Quilombola rights to land as one of the root causes of deforestation, and are building mass movements to change the law. Impact investing has increased tenfold during the last three years, but remains comparatively small. Many organisations doing great work are ready to scale, but are held back by lack of resources or visibility, especially on a global stage.

International funding is particularly important because Brazil’s philanthropy sector, while growing in size and ambition, is still comparatively small, conservative and reluctant to support social justice. As an example, MacKenzie Scott’s decision to give more to Brazil than any other country has great potential impact because she’s directing resources to historically underfunded areas and people such as human rights defenders and social justice advocates. Activists have expressed cautious optimism that the funding is already shifting assumptions in Brazil about what kind of organisations can be funded, potentially catalysing more support to similar grass-roots organisations.

Moreover, because the majority of philanthropic dollars don’t make it out of their countries of origin, keeping a global perspective on philanthropy and social investing has potential to create an outsized impact. There are many strong arguments for global funding illustrated in Brazil:

Local and global don’t need to be a competitive binary. Abundant resources are locked away in foundations and DAFs, and there is an increasingly abundant ecosystem of funds and advisors to help move money effectively abroad. By unlocking those resources and utilising that ecosystem, there is no need to divert local funding towards global challenges – both can be accomplished simultaneously.

So how can we better understand the role of philanthropy in supporting systemic change, taking into account both local and global for impact that goes beyond borders? TPW’s next Global Journey, taking place in Brazil May 2023, seeks to answer that through a deep dive into the country’s history, key issues, and social change ecosystem – where we’ll gain clarity on how to effect significant change in Brazil, and by extension, across the world.

Images: some of the leaders we will meet in Brazil. (Source: TPW)

Many TPW members cite achieving scale through government partnership as 1 of their biggest successes. TPW’s April 23 - 25 #ImmersionJourney to #Ottawa will explore how to add #advocacy and gov engagement—in any region—to your toolkit. Register to join us: https://t.co/ZJQsMrZ5vF https://t.co/l6CRihrgcc

TPW’s Essentials program is a first step into ou

As we approach the year’s end, we are filled wit

We’re so pleased to hear that Fremont, a BIPOC f

We are looking forward to TPW’s Global Journey t

TPW’s Essentials program is a first step into ou

"A philanthropic model that sets the bar so low as

Join us in celebrating the shared humanity and rad

TPW is delighted to be an official partner of this